Learn our story, from the beginning and into the future.

Ever since we were established we have approached life (and death) differently. While some just see the end of a loved one’s life as a time for grief and mourning, we prefer to think of it as a time for reflection, appreciation and even celebration. This is evident in everything we do, from the way we conduct our services to the amenities we choose to offer. We are not a burial ground. We are a close knit community dedicated to honoring, sharing and preserving the amazing and inspirational stories that are life.

In a nutshell? Experience, professionalism, compassion, and empathy.

We've learned a lot over many years. Like how to present options without overwhelming. And how to meet the needs of many caring parties. People come to us in difficult times, and we respond kindness, calmness and expertise. Our goal is to create a beautiful occasion and make you feel welcome, always. We spend our days planning with families. We stay up to date with industry developments. And we make hard times a little easier.

M. William Murphy Funeral Home was established in 1870, and serving families has always been our focus. We take pride in being able to guide people through some of their most difficult days. We take pride in maintaining a setting that allows people to find solace. Celebrating life is our mission. That’s never changed. And with pride, it never will.

In 1870, Tipperary native, John P. Murphy (1841-1879), founded a furnishing and undertaking enterprise in Trenton, New Jersey having learned his trade by working for a local undertaker and upholster in the city. An enterprising young man, John saved his money, purchased a funeral wagon, horses and several other coaches to open his business. His younger brother, James J. Murphy (1847-1901), later joined him in America and the business.

In 1879, tuberculosis took John and shortly thereafter his wife, Mary. His brother, James, assumed ownership of the business and it is with James that the growth of the funeral home begins.

In 1883, James built a new and larger facility to adjoin St. Mary’s Cathedral. As James was the only Catholic undertaker in the city, this move provided greater convenience for the families he served. His was the first funeral business in Trenton to have parlors associated with its establishment. The parlors accommodated those who lived in apartments or had no home in the immediate area in which to receive mourners. The upholstering room and other storerooms were located behind the funeral parlors alongside of larger stables that housed a greatly expanded livery.  As was the custom, the Murphy family lived above the business.

James gradually developed a large patronage and was the first in state to introduce the new Berlin coaches.  He was described as a popular, active and enterprising man who gave personal attention to every detail of every funeral. As his reputation increased, so did his livery. James traveled extensively to purchase perfectly matched black, white and grey horses and he wisely expanded his business to provide horses and carriages for weddings and other large occasions within and outside the city.

On October 10, 1901, James died suddenly of heart failure, leaving his wife and eight children. His widow, Catherine Murphy (1854-1925), assumed management of the family business.  A smart, pragmatic woman, she moved quickly to ensure the public that her husband’s business would continue in his image by placing many paid notices in the area newspapers.  Running the business was not an easy task, but Catherine proved to be a far-sighted and progressive businesswoman, purchasing the first auto-hearse in the state in 1910.

After fifteen years of managing the funeral home, Catherine sold the James Murphy Establishment in 1916 to her son, Martin William Murphy (1884-1939).  While Bill purchased the business, Catherine retained ownership of the property and continued to live above the funeral home until her death on Christmas day in 1925.

Soon after his mother’s death, Bill purchased the property on which the business and its barns stood, changing the name of the enterprise to the M. William Murphy Funeral Home. Bill was active in many civic interests and during the Great Depression, was the head of the WPA for the counties of Mercer, Burlington, Monmouth and Ocean which took over 6,500 men and women from relief rolls and gave them jobs.  Bill Murphy died in 1939 having operated the funeral business for twenty-three years.

Following his death, the proprietorship of the funeral business passed to his widow, Rose Murphy (1886-1962).  Her youngest child, Henry B. Murphy (1925-2013), upon his return from World War II, entered the funeral business, assuming responsibilities as an embalmer and funeral director.

Although Rose owned the business, Henry essentially ran it, shepherding it through a devastating fire in 1956 that necessitated demolition and re-building of the funeral home. In 1962, Rose died after owning the funeral home for twenty-three years.  Following her death, Henry assumed proprietorship of the business, greatly expanding it and building a second funeral home in Hamilton Township in 1971.

Like his father, Henry was devoted to the city and its residents, becoming active in many endeavors, serving for eight years as a city Councilman and as a member of the planning board.

Henry’s younger daughter married Mark Arnold, who in 1994, joined him in the funeral business. Together they closed the main office at 149 N. Warren Street in Trenton, relocating it to 935 Parkway Avenue in Ewing Township. In 2004, after forty-two years of ownership, Henry sold the business to his son-in-law, who has operated and expanded the business since that time.

Established in 1870, the Murphy Funeral Home has been at the forefront of dedicated service for nearly one hundred fifty years.  Throughout four generations of family ownership, the Murphy name has been synonymous with personal service and attention to detail that adds to the dignity and reverence of a final tribute.

Meet our staff. Members of the local community make everything that happens possible.
Together, we make this place amazing. 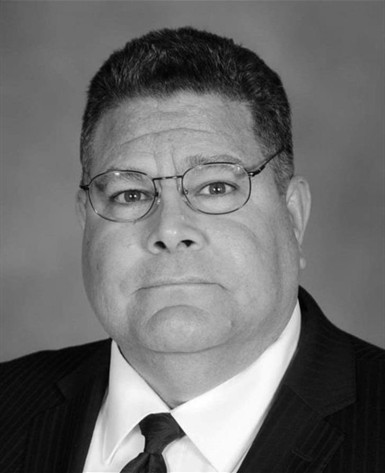 Timothy F. Reeg began his career in Funeral service in 1990, Timothy was born in Newark, NJ and he has been a lifelong Ewing resident. Timothy is a third generation Funeral Director and is licensed to practice in New Jersey since 1990. Timothy is a 1982 graduate of Ewing High School, served honorably in the U.S. Navy from 1983-1987, a 1990 graduate from the Mortuary Program at Mercer County Community College and received his Baccalaureate Degree from Thomas Edison State University in 2016. 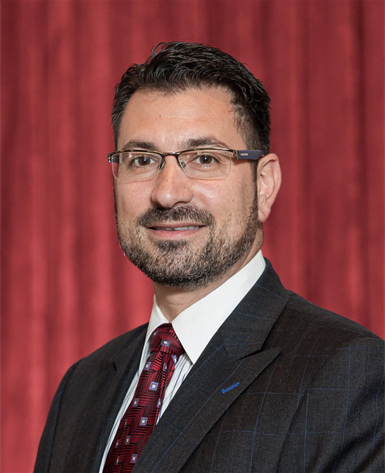 Michael V. Grandi began his career in funeral service in 1998. He is a 2000 graduate of the Funeral Service program at Mercer County Community College and became a Licensed Funeral Director in November of 2000. His skills in embalming as well as his care and compassion for people elevated him to a Management position with Waitt Funeral Home in August of 2001. Michael also holds a New Jersey Life Insurance License, giving his firm the opportunity to offer alternative funding options to consumers who wish to prepay their funerals. Michael is a 10 time recipient of the Pursuit of Excellence award, and Hall of Excellence Inductee, the highest honor received in the industry for excellence in funeral service putting his firm in the top 2 percent of funeral homes nationwide. Michael Earned his CFSP (Certified Funeral Service Practitioner) Designation October of 2019

He is a member of the National Funeral Directors Association, the New Jersey State Funeral Directors Association which he serves as a Trustee, and the Academy of Professional Funeral Service Practice. His community involvement is wide spread and he is a charter member and has served 3 years as the President of the Kiwanis Club of Marlboro, 2 years as its secretary and now is the current Treasurer. Michael has remained a member of the Matawan Aberdeen Chamber of Commerce since 2001 and is currently a member of the board. He is a member of the Matawan Italian American Association and supports its charitable endeavors. He sits on the Supervisory Committee for Entertainment Industries Federal Credit Union. In 2013 he became a proud member of the Knights of Columbus Bishop John C. Reiss Council #15964 and earned his 4th Degree November 2, 2014. Michael is a communicant of St. Clement Church in Matawan and is part of the Lector Group. In his spare time he enjoys boating and playing golf. Michael is an avid toy train collector, his collection has been featured numerous times in various publications and well as a content contributor to magazines.

Michael continues to share his experience, knowledge and insight in funeral service, with the staff and families he serves.

"The pride comes from helping each family generate their own creative ideas which leads to the meaningful funeral that represents the life well lived, for those they loved."-Michael V. Grandi 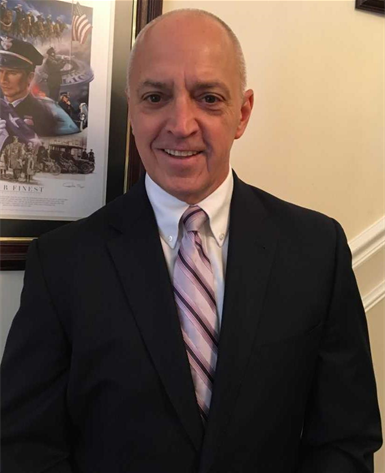 Daniel J. Korba was raised in Old Bridge and East Brunswick Township, NJ. Upon graduating college, Dan studied for 3 more years in Catholic Seminary discerning his calling to the priesthood. After deciding to change his course of service, Dan attended the Mortuary Science Program at Mercer County Community College. He was licensed in 1992. Since then, Dan has developed superior technical skills, which combined with his zeal and compassion, is determined to lighten the burden of every family he encounters.

Dan and his wife Marilyn, and their daughter Rachel, moved to Freehold Township in 1999. Dan has served his community not only as a funeral director, but also as a volunteer firefighter for many years and is an ordained Sub-Deacon in his parish of St. Paul The Apostle Church.

Dan will hit the refresh button by his passion for landscaping, and maintaining the grounds around his Church, teeing up a golf ball, or hoping on his motorcycle and taking a long ride in the country. 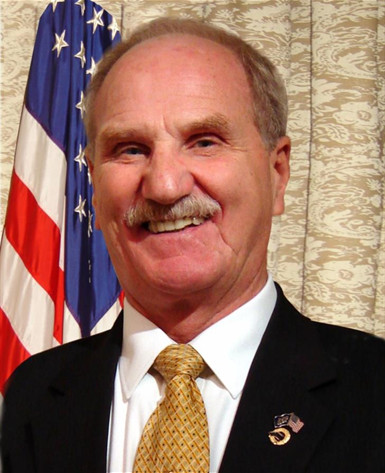 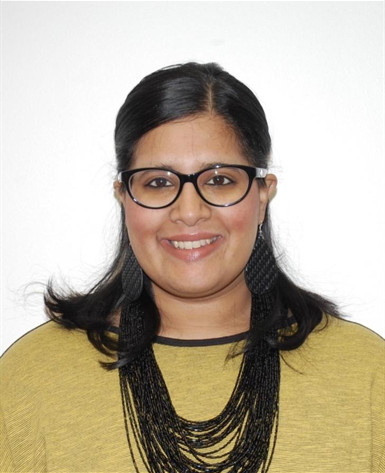 In addition to teaching for the school, she also taught for ARB’s DANCE POWER, a dance educational residency. A program partnership between New Brunswick Public Schools & Piscataway Township Schools with ARB.

Currently, she is an elective teacher for Calvary Christian High School. She teaches Strength and Training and Dance/Movement classes for the 9th-12th grades and is also a substitute teacher for CCS.

Kathleen attends Calvary Chapel of Old Bridge with her loving husband Michael and their two children, Caleb Louis and Abigail Grace. Her and her husband have served in CCOB’s Children’s Ministry as well as other ministries of CCOB.

She loves spending time with her family and her church family.

She has taken a turn in her career and has entered into the accounting world with Jersey Memorial Group and couldn’t be happier to be a part of this extraordinary team.

Find everything you need.

See where we are and find the place that best meet your needs.