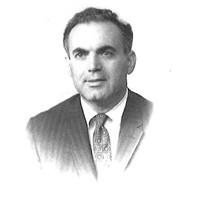 Albert S. Bencivengo of Yardley, PA, passed away peacefully at Chandler Hall Hospice with his loving family by his side on Wednesday, August 15th. Born and raised in Trenton, NJ he lived in Yardley, PA for many years. A son of the late Raphael and Antoinette (Derrico) Bencivengo, and brother of the late John, Jerry, Nello, Frank, Thomas, Ambrose, Louis and Rafe Bencivengo, he is survived by his loving wife of 62 years Marie Addesa Bencivengo. He was also predeceased by special nephew, Dr. Richard Gervasio, who was like a son. He is also survived by many nieces, nephews, cousins and dear friends. A graduate of Trenton High School - Class of 1941, he went on to graduate from Rutgers University in 1950 earning his BA in accounting. He began his career with Joseph P. Klatzkin, CPA from 1949 - 1950. He went on to work for Coleman and Company, CPAs from 1951 to 1958. He then went on to become a self-employed CPA in 1958 until his retirement in 2008. He became a chartered member of the American Institute of CPAs in 2012. He was an avid golfer winning many awards and trophies. He was a lifetime member of the Trenton Country Club. He served as president of the Trenton District Golf Association for 2 years. He was Captain of the Pennsylvania team - Oakland Cup for 3 years. He was also tournament director, nominating director, and on the membership committee. In 1940 - 41, he played on the Trenton Schroth's Baseball Team as 3rd baseman winning the state championship. He served on the Board of Directors for Commonwealth State Bank, Newtown, PA and also on the Audit Committee. He was a director of Penncore Financial Corporation. He was a former commissioner on the Trenton Parking Authority with Mary G. Roebling. In his spare time he loved to read, do crossword puzzles and gardening, especially planting flowers. He was a caring and generous person always helping others. He will be sadly missed by all who knew him. The family will receive friends on Monday from 5 to 7 p.m. at the Murphy Funeral Home, 935 Parkway Avenue, Ewing, NJ 08618. Mass of Christian Burial will be celebrated on Tuesday 10:30 a.m. at St Joachim's Church - Our Lady of the Angels Parish, 20 Butler Street, Trenton NJ. Entombment will follow in St Mary Cemetery. Please visit www. Murphyfh.com for additional information In Lieu of flowers, memorial contributions in his name may be made to St Joachim's Church - Our Lady of the Angels Parish

Albert S. Bencivengo of Yardley, PA, passed away peacefully at Chandler Hall Hospice with his loving family by his side on Wednesday, August 15th. Born and raised in Trenton, NJ he lived in Yardley, PA for many years. A son of the late Raphael... View Obituary & Service Information

The family of Albert Bencivengo created this Life Tributes page to make it easy to share your memories.

Albert S. Bencivengo of Yardley, PA, passed away peacefully at...

Send flowers to the Bencivengo family.