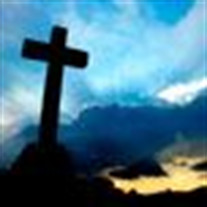 Allen "Bucky" Olsen, 83, of Hamilton, NJ, entered into God's Loving arms to be reunited with his wife, Barbara, on February 6th, 2018 with his devoted children by his side. Bucky was born in Trenton and lived in Hamilton all of his life until he retired to West Palm Beach Florida. He served in the United States Army Reserves for three years. Bucky loved boating, fishing, golfing, traveling, and above all spending time with his children and grandchildren. Bucky was well known for helping others both in his personal life and at work. He was a hard-working man who was loved and respected by all who met him. He worked as a Plant supervisor at IMO DeLaval for more than 30 years until his retirement in 1996. Bucky also started and taught the electrician program at Mercer County Vocational School. One of Bucky's special accomplishments was helping Monsignor McCorristin build Saint Anthony's High School. He was predeceased by his loving wife, Barbara, of 53 years; his parents, Rose and Allen; his brother and sisters: Kenny, Carol and Peggy; his in-laws Leontine and Willard; Sister-in-law, Maryann and brother-in-law Richard. Bucky is survived by his children: Karl and Cindy, Paul and Debbie, Sharon and Jerry, and Jacqueline; His grandchildren: Renae, Matthew and Erica, Richard and Melissa, Frankie, Christina and Andrew, Shannon and Tony, Karlee Rose and Rich; his great-grandchildren: Cassandra, Mason and Rory. Sister-in-law Catherine, Brothers-in-law Ronald and Carl, Special cousin Ginger; two Godchildren: Kristopher and Carmen, as well as many nieces and nephews and beloved friends. Family and friends are invited to gather for a visitation on Saturday, February 10, 2018 from 9:30-11AM at St. Anthony's Church, 626 S Olden Avenue, Hamilton. A funeral mass will take place at the church beginning at 11AM. Interment to follow at Holy Sepulchre Cemetery, Cedar Lane, Hamilton. For more information, please visit our website at www.murphyfh.com

Allen "Bucky" Olsen, 83, of Hamilton, NJ, entered into God's Loving arms to be reunited with his wife, Barbara, on February 6th, 2018 with his devoted children by his side. Bucky was born in Trenton and lived in Hamilton all of his life until... View Obituary & Service Information

The family of Allen D. Olsen created this Life Tributes page to make it easy to share your memories.

Send flowers to the Olsen family.