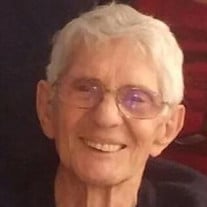 Carmen passed away in Community Medical Center in Toms River NJ. Carmen lived a full life and gave 110 percent to everything he did. He founded Carmen DeForte Plumbing and Heating in 1954. He ice skated; he skied; he sang in St. James Church choir; he played the piano; he and his wife Mary Jane took up ball room dancing. Carmen was an avid horseman and purchased a horse farm in Harbourton, NJ in 1965. In the 1960s, he calf roped and bull dogged at Cowtown Rodeo in Pilesgrove, NJ on Saturday nights. Many Sundays he spent with his daughters at horse shows. He was their trainer and thanks to him, the kitchen mantle was lined with trophies. He was at the president of Delaware Valley Horseman's Association and very instrumental in the purchase of the show grounds in Stockton NJ. In the early seventies, he taught his roping horse, Casey, how to jump. He joined Amwell Valley Fox Hounds where he fox hunted and proudly sported his red coat and black derby. When Casey retired from fox hunting, Carmen took up golf. He turned the horses' pasture into a golf course and later turned the barn into a batting cage for his grandsons. Carmen was a fourth degree Knight and past Grand Knight of the Hopewell Council #7103. He was an avid chef and made spaghetti sauce 'the way his mother taught him'. He could turn any ordinary meal into something spectacular. In 1998 he and Mary Jane moved to Renaissance, a retirement village in Manchester NJ. He continued playing golf and joined the bocce team. Once retired, he converted part of his garage into a carpenter shop. He made bird houses, nick knacks and furniture. He could fix almost anything and if he couldn't fix it, he would recreate it from his own hands. Family was everything to Carmen. He raised his children in a loving Catholic home. He took part in all of his children's and grandchildren's activities. He was preceded in death by his parents Palmina Brigantte and Vincenzo Giuseppe DeForte, his brother Salvator DeForte, his sister Concetta Garruba. He leaves behind his wife of 66 years, Mary Jane, his children Peggy Vurgason and her husband George, Marie DeForte, Jim Deforte and his wife Gwen, his grandchildren Aaron, Joe and Seb Vurgason; Jenna, Samantha, Trevor, Alex and Kilee DeForte; his great-grandchildren Reagan and Baron Vurgason. Carmen will be sadly missed, but his family is certain he is in a better place and probably playing golf with the angels and saints. In lieu of flowers, donations can be made to the Knights of Columbus Hopewell Council #7103, P.O.Box 304, Hopewell NJ 08525. www.KofC7103.org

Carmen passed away in Community Medical Center in Toms River NJ. Carmen lived a full life and gave 110 percent to everything he did. He founded Carmen DeForte Plumbing and Heating in 1954. He ice skated; he skied; he sang in St. James Church... View Obituary & Service Information

The family of Carmen Anthony DeForte created this Life Tributes page to make it easy to share your memories.

Carmen passed away in Community Medical Center in Toms River...

Send flowers to the DeForte family.