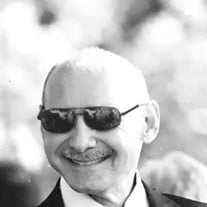 Daniel Nicholas DeFrancesco, 73, of Frenchtown NJ, passed away peacefully at home on March 8, 2021. Dan was born August 3, 1947, in Trenton, NJ. Daniel is predeceased by his parents, Daniel Joseph and Mary A. DeFrancesco (nee Muscente). He is survived by his devoted wife, Lynda, of 26 years, and his loving daughter, Madison. Dan is also survived by Aunt Philomena Muscente, 98, and his three siblings, their spouses and children: Richard, Elaine and Michael DeFrancesco, Donna and David Collins, and MaryAnn, Juliana, and Jace DeFrancesco. Additionally, he is survived by two sisters in law, their spouses and children: Debbie, Nick and Nicole Peloso, Laura and Stephen Bozer, and Zachary Bartelt. He will be deeply missed by his faithful canine companions, Winston and Remy. Dan graduated from Ewing High School in 1965 and from Eastern Kentucky University in 1969. He served as Public Health Officer for both Ewing and Lawrence Townships and was Facilities Manager for Stepping Stones Learning Institutes since 2008. Dan was an avid martial artist, and earned a second degree black belt in 1980 from Shin Karate Institute of Trenton. He also served as a martial arts instructor at Zen Spas in Ewing. In 1994, Dan married the love of his life Lynda Jane Diver of Wayne, devoted his life to building his home in Frenchtown, and raising their daughter Madison Jean DeFrancesco. Dan especially loved spending time surrounded by family and friends. In lieu of flowers, contributions in Dan's name may be made to Penn Medicine and the Hunterdon Medical Center Please make these donations through the Murphy Funeral Home supported Treasured Memories page for Penn Medicine at: https://www.tmcfunding.com/funds/in-loving-memory-of-daniel-nicholas-defrancesco/5385/ and/or Hunterdon Medical Center at: https://www.tmcfunding.com/funds/in-loving-memory-of-daniel-nicholas-defrancesco/5386/ Burial and Memorial Service to be determined at a later date

Daniel Nicholas DeFrancesco, 73, of Frenchtown NJ, passed away peacefully at home on March 8, 2021. Dan was born August 3, 1947, in Trenton, NJ. Daniel is predeceased by his parents, Daniel Joseph and Mary A. DeFrancesco (nee Muscente). He... View Obituary & Service Information

The family of Daniel Nicholas DeFrancesco created this Life Tributes page to make it easy to share your memories.

Send flowers to the DeFrancesco family.