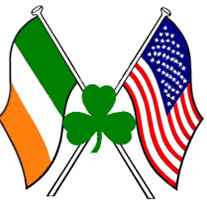 Edward T. Kiernan, 89, of Yardley, PA passed away peacefully on Saturday, December 9th, 2017 at Pickering Manor in Newtown, PA. Born in Jersey City, he was a longtime Hamilton resident until moving to Yardley, PA in 2007. He was a proud 1947 graduate of Trenton Catholic Boys High School where he was a member of the school track team. After, he served in the US Navy during WWII. There on, he worked for the Pennsylvania Railroad and Amtrak for most of his career. Mr. Kiernan loved baseball. As much, he spent over 30 years as a volunteer with the Hamilton Township Recreation Baseball Association where he served as a coach, umpire and grounds keeper. Devotion to family and community was natural to his character. As a result, members of school, and athletic communities fondly remembered Mr. Kiernan and recalled him as a father figure. Son of the late Sophie Hill and John J. Kiernan, Sr., husband of the late Lillian M. Kiernan, and brother of the late Edna Dill, Ann VanBernum, Alma Merkel, Charles and John J. Kiernan, Jr., he is survived by his 3 daughters and their husbands, Linda and Tom Michaud, Karen and Tony Zamparelli, and Virginia Kehr and Tim Mann; grandchildren, Brian and Jennifer Schwinn, Gary and Amanda Schwinn, Lauren and Nick Chiappetta, Anthony E. Zamparelli, Kris Kehr, Erin and Ron Skinner, Tommy Michaud, Matt and Melissa Michaud; and 11 great grandchildren, and many nieces and nephews. The family will receive friends on Saturday, January 20th from 9 - 11 am at the Murphy Funeral Home, 1863 Hamilton Ave., Hamilton, NJ. Funeral service will begin at 11 am. Burial will be private. Please visit www.murphyfh.com for additional information. We kindly ask that instead of flowers, a donation be made to The Pickering Manor (pickeringmanor.org). Pickering Manor is a non-profit home whose care for Mr Kiernan was exemplar for the last 4 months of his life

Edward T. Kiernan, 89, of Yardley, PA passed away peacefully on Saturday, December 9th, 2017 at Pickering Manor in Newtown, PA. Born in Jersey City, he was a longtime Hamilton resident until moving to Yardley, PA in 2007. He was a proud 1947... View Obituary & Service Information

The family of Edward T. Kiernan created this Life Tributes page to make it easy to share your memories.

Send flowers to the Kiernan family.