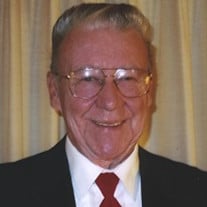 Francis "Frank" Edward Maske, 83, of Ewing Township, passed away peacefully on September 25, 2020 at his home with his loving wife Patricia by his side. Born in Trenton to the late Frank and Helen (Foran) Maske, Frank was a lifelong resident in the Trenton area. A graduate of Trenton Catholic High School, Frank joined the US Army Artillery - 34th Artillery Brigade, 4th Army. Frank worked for 31 years at Keuffel and Esser Corp. in marketing and public relations. He retired from the State of NJ where he worked as Director of Volunteer Services at Trenton Psychiatric Hospital, Coordinator of Volunteers for central region of State Division of Youth and Family Services, Director of Volunteer Services at Woodbine Developmental Center and as Coordinator of Volunteer Programs and Special Events in the Governor's Office of Volunteerism. As a member for many years of the Trenton Elks #105, he served three terms as Exalted Ruler and was Chairman of the Special Children's Committee for over 25 years; was a dedicated member of Mercer Lodge No. 50 Free and Accepted Masons where he served as Chaplain; and member of the Ancient Order of Hibernians Msgr. Crean Division1. Frank acted as emcee for numerous charity and Ewing Township community events over the years. He enjoyed spending time with his family and friends, working with special children, traveling, going to the casino and working in his yard. Frank was happiest when cooking for a crowd. He was predeceased by his parents; his sister, June Maske and his sister and her husband, Elaine and Earl Lambert. Surviving are his loving wife of 30 years, Patricia (Conlon) Maske; a niece Helen Lambert and partner Scott Hawkinson of Ewing Twp.; his mother in law, Ann Conlon of Pennington; cousins, Gale and Tony Gonzalez of Ewing Twp., Jack and Claire Schmittinger of Little Egg Harbor, Maryanne C. Ralls, Jane Conlon, Liza C. Davidson all from Metuchen, Frank and Janis Conlon of Flemington and her younger cousins, Janie, Marion and Bridget. Visitation will be Thursday, October 1, 2020 from 6-8 PM at the Murphy Funeral Home, 935 Parkway Avenue, Ewing, NJ 08618. Friends and relatives will gather at the funeral home Friday, October 2 from 9-9:30 AM. A Mass of Christian Burial will be celebrated Friday at 10 AM at Our Lady of Good Counsel Church, 137 W. Upper Ferry Rd., Ewing. Interment will follow at St. Mary Cemetery, Hamilton. In lieu of flowers, donations can be made in Frank's name to the Shriner's Hospital for Children - Philadelphia, Attn: Development Office, 3551 North Broad Street, Philadelphia, PA 19140. www.murphyfh.com

Francis "Frank" Edward Maske, 83, of Ewing Township, passed away peacefully on September 25, 2020 at his home with his loving wife Patricia by his side. Born in Trenton to the late Frank and Helen (Foran) Maske, Frank was a lifelong resident... View Obituary & Service Information

The family of Francis Edward Maske created this Life Tributes page to make it easy to share your memories.

Send flowers to the Maske family.