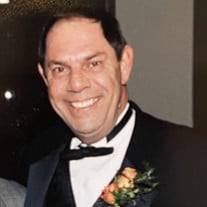 Gale Richard "Sandy" Schwilk, 82, of Ewing, a beloved husband, father, grandfather, brother, friend and coach, died after a brief illness at Capital Health Hospital in Hopewell on February 22nd. Sandy was born in Orwigsburg, PA and attended Blue Mountain High School. He was inducted into the Blue Mountain Sports Hall of Fame for basketball where he held several long-time records. He graduated from Lafayette College in 1962. There, Sandy played basketball and golf. Sandy taught sciences and chemistry at Fisher Junior High School and Ewing High School for thirty seven years. He coached the Ewing High School golf team for over thirty years. He coached the Fisher Junior High Basketball Team prior to becoming the Ewing High School Junior Varsity Basketball coach as well as the Assistant Varsity coach with his longtime friend Emil Wandishin. He was elected to the Ewing High School Sports Hall of Fame. Sandy was a driver's education instructor as well as a Director for the Ewing Summer Basketball League at Moody Park. Sandy was an avid golfer and a member of the Cutthroats Golf Group as well as the Mountain View Silver Grizzlies Senior Golf Team. Sandy was a 40 year plus member of the Beaver Run Hunting and Fishing Club of Pike County, PA. He is survived by his wife of fifty seven years, Jane C. Schwilk. He is also survived by his children Eric Schwilk, Heidi Nyemchek (husband Brian), and Gretchen Schwilk; and, his grandchildren, Mackenzie, Logan, Addison Nyemchek, and Penelope Schwilk. He is also survived by his brother, Larry Schwilk (wife Karen) of Ephrata, Pennsylvania. He is predeceased by his father and mother, Charles and Irma Schwilk. Visitation for family and friends will be held on Saturday, February 26th, 2022, from 10 a.m. to 12 p.m. at the Murphy Funeral Home, 935 Parkway Ave, Ewing, NJ, 08618. A prayer service will be held from 12 to 1:00 p.m. In lieu of flowers, contributions may be made in Sandy's memory to Meals on Wheels of Mercer County. Mealsonwheelsmercer.org

The family of Gale R. Schwilk created this Life Tributes page to make it easy to share your memories.

Send flowers to the Schwilk family.