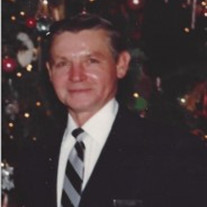 John Thomas Paller, age 80, passed away peacefully on December 31, 2021. A graduate of William McFarland High School in Bordentown, NJ, John enlisted in the U.S. Army and after completing jump school was assigned to Hq & Hq Company, Command & Control Bn., 82nd Airborne Division in NC. While serving two years in the Far East he joined IABO and officiated inter-service basketball games. He attended the USAINTS (CIC) school in Baltimore, Md. After leaving the service he worked for seven security companies at industrial, pharmaceutical plants and hospitals in the tri-county area, while simultaneously driving the "Z" run for the Trentonian newspaper for more than ten years covering Ft. Dix and McGuire Air Base. He also put in four years with armored car companies both full & part time. After completing a 21 year career with the Heinemann Electric Company retiring as a set-up mechanic, John joined NJ Transit as a bus driver, as was a favorite for many of his regulars for 22 years. Following that he drove the Ewing Twp. senior citizens for one year and after hip joint surgery worked 8 more years driving pupils for 1st Student and Rick bus. For a period of more than 25 years he was a competitive freestyle and partner dance ice skater with the USFSA earning several awards including a US silver medal. He was a member of Mercer County golf . Predeceased by his parents Stephen and Margaret Paller, his ex-wife Barbara Ann Prokop, brother-in-law and sister John and Margaret Huff. He is survived by his son and daughter-in-law Keith and Kimberly Paller, three grandchildren, Tristen, Gavin, Katelyn of Pinehurst, NC., brother Steve and sister-in-law Ingrid of Rockford, Mich. and in-laws Rusty and Eunice Arnold of Cream Ridge, NJ., several cousins, nieces, nephews. A caring and kind man who will forever be missed by his family, friends, and neighbors. Interment will take place at a future date in Arlington National Cemetery, Washington, DC.

The family of John T. Paller created this Life Tributes page to make it easy to share your memories.

Send flowers to the Paller family.