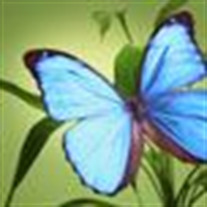 Kathleen Ruth McCullough Akey, 91, died Friday, July 12, 2019, at her home in Ewing, N.J. Born in Hamilton, N.J., daughter of the late Johanna (Doldy) and Milton W. McCullough, Mrs. Akey graduated from Hamilton High School in 1945 and earned a Bachelor of Arts degree with honors in English from Ursinus College in 1949. She received a Master of Education degree from Northeastern University in 1956 and a Certificate of Advanced Study from Fairfield University in 1971. Mrs. Akey began her career as a teacher of English from 1955 to 1959 in New Hampshire. Most of her teaching years, from 1959 to 1983, were in the junior and senior high schools of Wilton, Conn., where she served as junior high English Department chair and advisor to the Wilton High School Honor Society. She was married to John E. Akey, a fellow teacher and curriculum coordinator of the Wilton public schools, from 1974 until his death in 1991. They resided in Wilton for many years and spent idyllic summers at their "camp" on the shore of Lake Champlain in Colchester Dunes, Vt. In 1984 Mr. and Mrs. Akey moved to a family home she had inherited in Ewing. She became active there in Trinity United Methodist Church, where she sang in the Chancel Choir. Other passionate interests were reading and travel. Mrs. Akey was predeceased by her husband, John; brothers, Milton E. and Kenneth McCullough; sister, Miriam McCullough Pronesti; nephew Kurt Hoenigsberg and his wife, Karen; and grandnephew Scott McCullough. She is survived by her nephew Milton E. McCullough Jr. and his wife, Michele, who cared for their beloved Aunt Kathy in her home until her death, with the wonderful help of Holy Redeemer Hospice staff members. She is also survived by her nephew Michael F. McCullough (Elizabeth Kemly); niece Catherine Pronesti Papas (Spiros); grandnephews Michael F. McCullough Jr., Quinn McCullough, Adam Papas, and Harris Papas; and grandnieces Brigitte McElroy and Katherine Schenck. In addition, she is survived by five stepchildren--Kevin, Anthony, and Stephen Akey; Mary Anne Akey Wagner; and Margaret Akey Rosenberg--and the Akey grandchildren, whom she dearly loved. A memorial service will be held at 10:00 a.m., Saturday, July 20, at Trinity United Methodist Church, 1985 Pennington Road, Ewing, with the Rev. Brian Joyce officiating. There will be another memorial service in Vermont with the Akey family when Kathleen is interred next to John. Contributions may be made to the Memorial Fund of Trinity United Methodist Church, or Holy Redeemer Home Care and Hospice at https://www.holyredeemer.com/Main/Donate-Now.aspx

The family of Kathleen M. Akey created this Life Tributes page to make it easy to share your memories.

Send flowers to the Akey family.