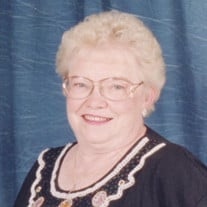 MARION KOSAKOWSKI LEIBENSPERGER Marion Kosakowski Leibensperger died on August 5, 2020 after a long illness. Born in Trenton, NJ on February 13, 1928, she was the daughter of the late Frances (Novak) and Anthony Kosakowski. She attended Holy Cross Grammar School, Junior High School #4 and graduated from Trenton High School. She worked for John A. Roebling and Sons from 1945-1953 and at G.R.Murray Insurance of Princeton, NJ from 1967-1997. Marion married the late Raymond Joseph Leibensperger in 1949, and they lived happily together on Fitzrandolph Ave. in Hamilton until Ray died in 1991. In 2008, Marion moved to Colorado to be near her son, Raymond and his family. She then resided with her daughter and son-in-law, Judy and Ed in Syracuse NY and at Loretto Health and Rehabilitation Center. Predeceased by her parents, husband, Ray, and son Raymond J. II, she is survived by her daughter, Judith (Edward) O'Rourke of Syracuse, NY; daughter-in-law, Barbara Beach Leibensperger of Arvada, CO; grandchildren: Frances (Alex) Berlin of Tacoma, WA; Katherine O'Rourke of Eastsound, WA; Patricia O'Rourke (Daniel Smart) of New Orleans, LA; Kiowa Bailey (Diane Schramke) of Gwynn Oak, MD; and Raymond J. Leibensperger III of San Diego, CA and Arvada, CO; great-grandchildren, Mason and Morgan Berlin; sister, Louise (late Adolph "Speed") Klama; niece, Annice (Ken) Bacsik; and sisters-in-law, Mary Lou Bacci, Audrey Foley, Joyce Guilfoy and Elizabeth Persing, and by many cousins, nieces and nephews. Marion was the best mom who supported Judy's twirling and Ray's basketball teams. She was involved in her church and community as an officer of the St. Mary's Assumption PTA, past president of the Ladies Auxiliary of the Polish American Club of Central Jersey, secretary of the Junior #4 Alumni Association, and secretary of the Ladies Auxiliary and the Serra Club for the Assumption of the Virgin Mary Byzantine Church in Trenton. She volunteered at Robert Wood Johnson University Hospital in Hamilton and at Crouse Irving Memorial Hospital in Syracuse. She was active in Syracuse's Robert Cecile Senior Center. She loved to read and crochet, and when she was able, she loved bowling. But traveling was her favorite hobby; she travelled extensively in the U.S., the Caribbean and Europe with family and friends. Marion's family would like to thank the staff of the 13th floor of Loretto for their kind and loving care. Contributions in lieu of flowers may be made to the food pantry of your choice or to Loretto Health and Rehab, 700 East Brighton Ave., Syracuse, NY 13205. Visitation will be from 10-11 a.m. on Tuesday, August 11, followed by a short service at the M. William Murphy Funeral Home, 1863 Hamilton Avenue, Hamilton, NJ. Burial will follow at St. Mary's Cemetery #3, 1200 Cedar Lane, Hamilton, NJ. Due to funeral restrictions, the staff at M. William Murphy Funeral Home, respectfully requests that all funeral attendees, please wear a face covering of some kind during the services for Mrs. Leibensperger. We appreciate your cooperation. Thank you.

MARION KOSAKOWSKI LEIBENSPERGER Marion Kosakowski Leibensperger died on August 5, 2020 after a long illness. Born in Trenton, NJ on February 13, 1928, she was the daughter of the late Frances (Novak) and Anthony Kosakowski. She attended Holy... View Obituary & Service Information

The family of Marion K. Leibenspeiger created this Life Tributes page to make it easy to share your memories.

Send flowers to the Leibenspeiger family.