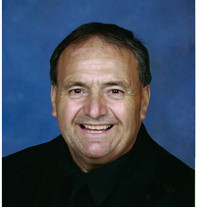 Robert Patrick Cook of Hamilton, passed away Sunday, January 14, 2018. Rob was born on February 8, 1962, in Trenton and lived in Ewing until his marriage to Donna, when he moved to Hamilton. He graduated from Ewing High School in 1980 and Mercer County Tech School where he majored in plumbing. Rob was a member of Plumbers Union Local 009, and worked many years for Frank Perlstein and Son, Inc., Mechanical Contractors. Rob was a diehard, long-time fan of the Washington Redskins Football Team and managed to attend a few games at their home field. He enjoyed listening to Pink Floyd music and attending concerts with his brothers and friends. One of Rob and his late wife's favorite pastimes was traveling to New York City to see Broadway Musicals. Rob was a member of The Hamilton Elks Lodge 2262 and pitched in their quoit league. He also pitched in The Trenton Steel Quoit League and Penn Warner's Quoits, where he spent many enjoyable hours. Rob was predeceased (on April 13, 2017) by his wife of 16 years, Donna Zakrzewski Cook; his father, Robert W. Cook, Jr.; his sister, Tricia Elizabeth Cook Parziale; his paternal and maternal grandparents, Robert W. Sr. and Mary Spisak Cook, Andrew J. Sr., and Anna Kakabar Charnick; And his uncles, Andrew J Charnick, Jr., Daulton H. Laire, and William Prettyman Sr. Rob is survived by his mother, Patricia Charnick Cook of Ewing; two brothers and sisters-in-law, Roger and Marguerite Ritzo Cook of Ewing and Scott and Margaret Brady Cook of Forked River; two nieces, Shawna Bugglin of Ewing and Melanie Cook of Forked River; a brother-in-law and his wife, Thomas and Sharon Lynch of Chesapeake, VA; his aunts, Arlene Prettyman of Florida, Dolores and her husband Carl Montgomery of Florida and Fay Hann of Newtown, PA, and his beloved canine "kids", Nanook and Mandy. Rob spent many happy hours enjoying the company of his many cousins and close friends. The family will receive family and friends on Friday. January 19. 2018 from 6 to 9 p.m. at the M. William Murphy Funeral Home, 935 Parkway Ave, Ewing, NJ 08618, and again on Saturday, January 20, 2018, at Our Lady of Good Counsel Church, 137 W. Lower Ferry Rd., W. Trenton, NJ 08628 from 9 to 9:45 a.m. Mass of Christian Burial will be celebrated at 10am. Burial will follow at St. Mary's Cemetery, Cedar Lane, Hamilton. Please visit www.murphyfh.com for additional information. In lieu of flowers memorial contributions in his name may be made to EASEL, Animal Rescue League, 4 Jake Garzio Dr., Ewing, NJ 08618 or www.easelnj.org ., or animal shelter of your choice.

Robert Patrick Cook of Hamilton, passed away Sunday, January 14, 2018. Rob was born on February 8, 1962, in Trenton and lived in Ewing until his marriage to Donna, when he moved to Hamilton. He graduated from Ewing High School in 1980 and Mercer... View Obituary & Service Information

The family of Robert Cook created this Life Tributes page to make it easy to share your memories.

Send flowers to the Cook family.