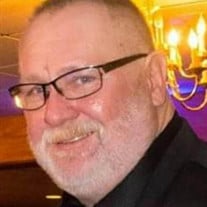 Timothy F. Randow, 68, of Hamilton, NJ, passed away on Saturday, March 28, 2020. Affectionately known as "Big Tim", graduate of St. Anthony's High School, Class of 1969, he spent his free time at home with his wife and his grandchildren that... View Obituary & Service Information

The family of Timothy Randow created this Life Tributes page to make it easy to share your memories.

Send flowers to the Randow family.