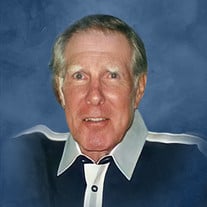 William Joseph Woods (Red) 93 of Murrells Inlet and Myrtle Beach, S.C. for the past 30 years passed peacefully at home with his children at his side . Bill was pre-deceased by his wife Margaret Carolina Woods ,his parents, Patrick and Vallie Woods , sister Marion Woods , Brothers Harry , john , and James Woods and Donald . He is survived by, son Patrick Woods And Barbara (deceased).of San Jose, Calif., son Gary W. Woods of Murrels Inlet, SC, son Scott R. Woods and Patricia of Trenton, NJ, son Robin C. Woods and Deborah of Fallsington, PA, and sister in Law Lucille Hennessey of Colonial Heights, VA Grandchildren Nolan, Chelsea, Kristina and William S. woods, Jill and Eric Stratton, Samantha and Megan Smith, Gary M. and Kayla Woods, Ryan and Brittany Woods, Niles and Brittany Fitzpatrick, Shane and Mackenzie Woods and Diana and Tom Marquardt . Great-grand-children Ananda, Gary S, Ava, Pierce, Lily, Beau, Holland, Indigo, Carson and Chase Julian, Isabella and Michael and Jaclyn Several nieces and nephews . Bill retired from General Motors in Ewing after 30 plus years. Bill attended Trenton Central High, Trenton, N.J. He was enlisted in service in the Merchant Marines then enlisted in the United States Armed forces where he heroically earned himself 2 Purple hearts during the Korean War .Combat . Bill loved the ocean and the beach , playing volleyball at the pool for years with his friends and family . He enjoyed hobbies of painting and other crafts investing and spending many summer days with Family visiting each year but most of all he loved every day he spent with his beloved wife of 67 years .He was an amazing father and role model for his children who feel blessed to have him in their lives for so many years. Family and friends are invited to remember him during visitation on Monday September 20th from 9am to 11 am at Murphy Funeral Home, 1863 Hamilton Ave, Hamilton. A funeral ceremony will be held in the funeral home at 11 am. Entombment with military honors to follow in St. Mary's Cemetery, 1200 Cedar Lane, Hamilton. In lieu of flowers donations Bill's family has requested donations in his memory be made to The Wounded Warrior Project at: https://www.woundedwarriorproject.org/donate.

William Joseph Woods (Red) 93 of Murrells Inlet and Myrtle Beach, S.C. for the past 30 years passed peacefully at home with his children at his side . Bill was pre-deceased by his wife Margaret Carolina Woods ,his parents, Patrick and Vallie... View Obituary & Service Information

The family of William J. Woods created this Life Tributes page to make it easy to share your memories.

Customized sympathy cards. Mailed for you.